What State Has the Cheapest Used Cars? – The Best States for Vehicle Shopping 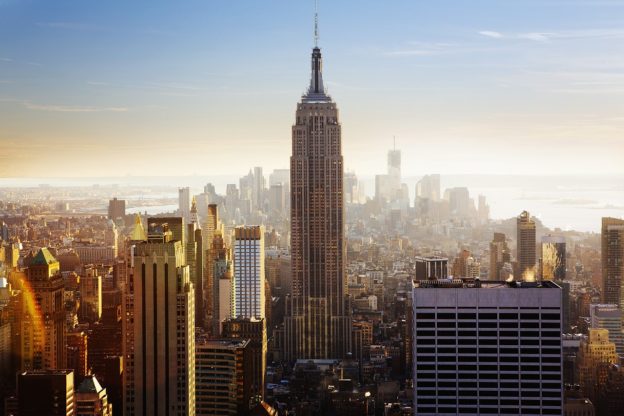 Unless you’re an alien from outer space, you’ve probably wondered at least once what state sells the cheapest used cars. Some states are simply too expensive to bother with. And the truth is, we’re buying pre-owned vehicles because we want to make rational financial choices.

Nobody wants to buy a used car that is costlier than a new model. That’s why it’s always important to do our research and discover places where pre-owned vehicles are the cheapest. We must examine the initial costs as well as unexpected fees to make sure we’re not overpaying.

Let’s take a look at the best states for buying a used car cheaply!

Why are used cars more expensive in certain states?

Because of taxes, registration and dealer fees, demand, etc. Since all those factors are different in various states, used car prices can vary significantly.

It’s one thing to compare the initial prices, and it’s another to find the state that has the cheapest vehicles. It’s crucial to look at the bigger picture because otherwise, you might end up paying higher unexpected fees.

Imagine that you found a used car you really liked for $7,500 in the nearest state. You got excited, drove down to the dealership, and bought it with joy. But after 5 minutes you discovered that you had to pay for paperwork, registration, state taxes, etc.

Those costs could end up being higher than they would be in your own state (even if it’s classified as expensive). That’s when you discover that initial costs don’t give us the full information.

Therefore, it’s important that we discover what state has the cheapest used cars for sale not only according to its initial price but also depending on the unexpected fees.

If you live in an expensive state which is far from the cheapest states, it might not make sense to travel. But if you discover that used-car prices are way lower in your neighboring state, then it could be a great idea to travel those extra miles and purchase a vehicle there.

Let’s examine what state has the cheapest used cars, compare some of them, and discover which one is the best option for you.

What state sells the cheapest used cars in terms of initial costs?

It certainly has to be Florida. Not only does this state have the biggest choice among others, but it also sells used cars quite cheaply.

The rates in this state are approximately 10% lower compared to the national average. This means that you’ll save a lot if you decide to purchase a pre-owned vehicle here.

Miami is one of the primary destinations for used-car shopping as it offers an abundance of options. No matter what you’re looking for – the chances are you’ll find something here.

But why are used cars so cheap in Florida? – it actually depends on different factors.

One of the reasons is, of course, the increasing number of the older population in this state. As people age and start driving less, they sell vehicles that they no longer need. Such cars are usually in great condition, don’t have too many miles on the clock, and happen to be cheaper, as well.

Another reason is that the population in Florida and Miami, in particular, is quite wealthy. Though this assumption isn’t conclusive, it’s quite noticeable that people who are well-off sell cars more frequently. Therefore, the market is always filled with great used cars.

The cheap prices on used cars also have to do with classic economic denominators such as supply and demand. Since the supply is high and the demand is low, the prices are lower to attract more customers.

If you live in Florida, don’t even think about buying a used car elsewhere. If you reside in a neighboring state and you can drive to Miami, there’s no reason why you shouldn’t do that. After all, you’ll end up saving a lot of money.

What state has the cheapest used cars for sale and lowest unexpected fees?

If we forget about initial costs for a minute and concentrate merely on the lowest unexpected fees, then the answer to this question is Oregon.

This is the state where you won’t have to pay excessive fees. In fact, you’ll probably have to pay an extra $130 and that’s it – all your taxes will be covered.

So, if you find a cheap used car in Oregon, you shouldn’t expect lavish fees. It’s quite a great option, as well.

The unexpected fees in Florida can add up to $1869, which means you pay an extra $2,000 on top of the initial price. Even though the cars are cheaper here, you should think really carefully if those additional fees are worth it.

New Hampshire is another cost-efficient state for owning a car. Their fees are quite low, which means you’ll easily maintain your vehicle here. The cost of owning a car can be around $2,500 including the insurance. If you’re planning on moving, New Hampshire might be worth considering.

North Carolina, Missouri, New Mexico, Mississippi, and Ohio are great options for owning a vehicle as well. General fees are quite low here, so you won’t have to spend a fortune on your beloved car.

Not only is it important to know what state has the cheapest used cars for sale, but it’s also crucial to explore unexpected fees carefully. Don’t be afraid, though, you have a lot of options when it comes to cheaper states.

Which state is the best choice after all?

I’ll be honest, answering this question isn’t an easy task, however, there’s one state that stands out among others and that’s New Hampshire.

When you’re thinking about purchasing a used car in another state, you should always calculate initial costs along with unexpected fees. Otherwise, you’ll end up overpaying instead of saving money.

If you find a cheap used car on sale in Florida, make sure to add unexpected fees and figure out if that price is still the cheapest.

The same goes with states such as New Hampshire – you still need to look at the bigger picture and compare it with other options.

The best thing you can do is conduct thorough research and make a final decision accordingly.

With that being said, New Hampshire is still the best choice you have. After all, the prices of used cars aren’t too bad, and the unexpected fees are the lowest there as well. The lack of sales taxes, reasonable repair and insurance costs, and fixed initial fees are what makes this state so attractive.

Knowing what state has the cheapest used cars isn’t enough to pack your bags and drive to the destination. You need to make sure that the used car you found is in a good condition. It should be worth the effort, otherwise, you’ll end up wasting your time and money.

But it’s always a good idea to research the cheapest states and purchase your vehicle there. Places like New Hampshire will enable you to make an investment that is reasonable financially. Always look at the whole picture and you’ll be able to get yourself a wonderful used car cheaply. Good luck!