What Kind of Batteries Are Used in Electric Cars? 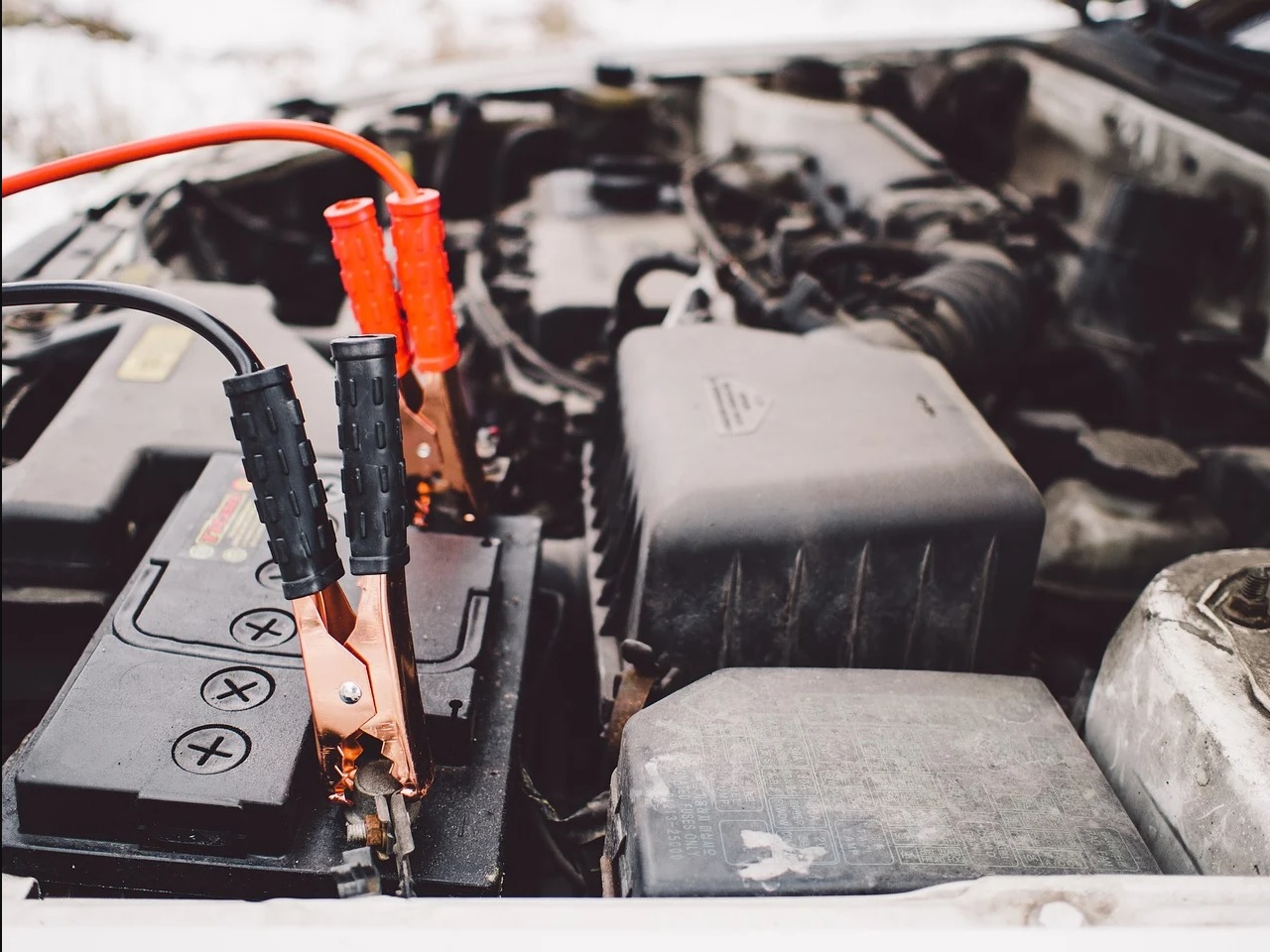 It’s natural to wonder what batteries are used in electric cars when so many manufacturers are releasing their electric vehicles. They are becoming more accessible to the masses as well, which means the interest in their components is striking. And I don’t blame you – we should always know what we’re investing our money in.

Switching to an electric car can be a commitment for many, but the truth is – they are the best alternative we have currently. We might have better options in the future, but for now, we need to stick to electric vehicles.

So, what kind of battery is used in electric cars?

What are batteries and why do vehicles need them?

To put it simply, in electric cars batteries do the same thing as fuel in “ordinary” vehicles. Though this statement isn’t technically accurate, it gives you an idea about their vital functionalities. In other words, batteries are crucial for the operation of electric cars.

Think of a battery as a storage unit for energy. It’s a unique creation that has made it possible to own portable electric devices. Be it a computer, a smartphone, your beloved tablet, or a car – a battery is there to store the energy and transmit it elsewhere.

In the case of electric vehicles, we have the combination of numerous batteries that transport the energy to the continuous current of the engine. They are powerful enough to feed the heavy cars and enable them to move.

It doesn’t seem like much when you think about it, but in reality, the innovation in the batteries themselves made it possible to create electric vehicles. Rechargeable types, in particular, are the energy source for the majority of modern technology.

What kind of batteries are used in electric cars? – Not the AAA alkaline ones, that’s for sure.

Even though such vehicles are becoming more common, they are still a mystery for some. But they aren’t as distant or complicated as they might seem. Nevertheless, we should never forget how much energy went into their initial development.

We should always thank our beloved batteries and creative teams behind such innovations. It’s one thing to diversify the range of batteries, it’s another to make sure it’s powerful enough to drive something as heavy as a car.

Nothing lasts forever (forgive me for this cliché), unfortunately, and batteries degrade as time goes by. Let’s see what batteries are used in electric cars, in general, and in particular, how much energy they can store, what’s their lifespan, and if they are recyclable or not.

What batteries are used in electric cars, in general?

We encounter three main types of batteries in the majority of electric cars: Lithium-Ion, Nickel-Metal Hydride, and Lead-Acid batteries.

You should thank Lithium-Ion batteries for the ability to read this information. It’s this type of battery that powers the majority of machinery you see when you look around. It’s a rechargeable kind that is highly efficient.

It can store a lot of power and energy compared to its mass and weight. Lithium-Ion batteries are also more resistant to high temperature, which makes them perfect for everyday products, such as cars. Most importantly, they are quite inexpensive.

Therefore, Li-ion is the kind of battery that is widely utilized in modern electric vehicles, as well as plug-in hybrid electric cars.

Nickel-Metal Hydride batteries are targeted to specialized equipment, such as medical appliances and computers. They have higher longevity compared to the Li-ions, which is why they are a better choice in certain scenarios. However, they lose hydrogen when they aren’t in use. In other words, they lose energy.

Nickel-Metal Hydride batteries are also expensive compared to their li-ion siblings. They generate heat when they are exposed to a higher temperature. Regardless, they are commonly used in hybrid vehicles due to their longer lifespan.

Lead-Acid batteries are quite powerful, but they aren’t efficient. They have a shorter lifespan and they are unable to perform properly in low temperatures. Due to these disadvantages, such batteries are rarely utilized in specialized equipment or day-to-day appliances.

Ultracapacitors aren’t technically batteries, but they are their helpers. They are used to help out batteries and improve their performance. In cars, they will be of great help during acceleration. They will also push your car up the hill you’re dreading to climb.

Even though you know the specific types of batteries, we still need to discuss what kind of battery is used in electric cars more specifically.

What kind of battery is used in electric cars more commonly and why?

After discussing each kind of existing batteries, we can easily say that it’s more common to see Lithium-Ion batteries in electric cars. Even though Nickel-Metal Hydride batteries can be seen in the automotive industry (i.e. hybrid vehicles), these batteries aren’t “good enough” for fully electric models.

The reason is simple: no matter how advanced Nickel-Metal Hydride batteries become, they will have a hard time competing with all the advantages of Lithium-Ion batteries. The latter is cost-efficient as it provides higher power without weighing too much or taking up too much space. After all, we need something that will fit in (or under) the chassis of a vehicle, don’t we?

Moreover, their resistance to temperature changes makes them perfect for cars. They can withstand high and low temperature equally, which is why they are capable of powering our electric vehicles even during rainy days or hot summer weather.

Lithium-Ion batteries consist of numerous cells that are combined together. Unlike the tiny batteries we see in our cell-phones, the ones, that are strong enough to power a car, are usually quite big. Typically, they are situated alongside the bottom of a vehicle.

We already know what kind of batteries are used in electric cars. Now the question is, are they perfect?

Unfortunately, Lithium-Ion batteries aren’t the ultimate choice either. Though they work, for now, we’re already working on better alternatives.

The main problem with such batteries is that they are degradable. Even if you follow all the rules by the book and treat them as they were meant to be treated, they will eventually need a replacement.

Taking care of batteries isn’t as easy as driving to the gas station and filling up the tank. You need to know how much you should charge them. You should also know that you shouldn’t drain them to the fullest. It’s a bit of a hassle, but electric vehicles are still worth it.

What kind of batteries are used in electric cars? Capacity, longevity, and recycling

After finding out what batteries are used in electric cars, we can talk about their capacity, longevity, and recycling.

If you have ever browsed for an electric vehicle, you’d probably see the abbreviation “kWh” somewhere on the page. It’s the measurement we use to describe the capacity of a battery. In other words, we need to see how many kilowatts (how much energy) a battery can deliver for an hour. It tells us if the battery is efficient and how much drive we can get out of it.

100 kWh would mean that you’d be able to drive for a couple of hours till the next charge (depending on how much energy the car uses). It varies from a vehicle to another, so it’s always better to choose the model with higher kWh if you drive a lot.

The longevity of the battery

Though I mentioned that Lithium-Ion batteries degrade over time, they will need around a decade to give up completely. That’s why electric vehicles have long warranties (7 or 8) years. Even if you were to purchase a used model that’s a couple of years old, you’d probably have a couple more years before you’d need to replace the batteries.

Fortunately, the biggest part of Lithium-Ion batteries is recyclable. We could recycle them completely to make sure toxic waste doesn’t roam freely in the environment, or we could create even more new batteries with them. Either way, recycling is the way to go if we want to switch to electric cars fully. But it’s important to find the ways that are the most sustainable.

After figuring out what kind of battery is used in electric cars and how long it lasts, electric cars should seem even more attractive. After all, they are the closest to “clean” vehicles so far.

What kind of batteries are used in electric cars? – it’s the question we seem to ask frequently these days. Due to the influx of electric vehicles, we try harder to get as much information as possible. Being in the know has never hurt anybody, has it?

It’s crucial to understand the batteries because they are expensive parts of electric cars. If you assume that they break apart in a year or two, you’ll miss out on a reliable vehicle. The chances are the engine or any other part will give up sooner than the batteries. In other words, it’s time we stopped making up excuses and got ourselves an electric car.