What Is Antifreeze Used for in Cars? – Here’s Why You Need a Coolant in Your Life 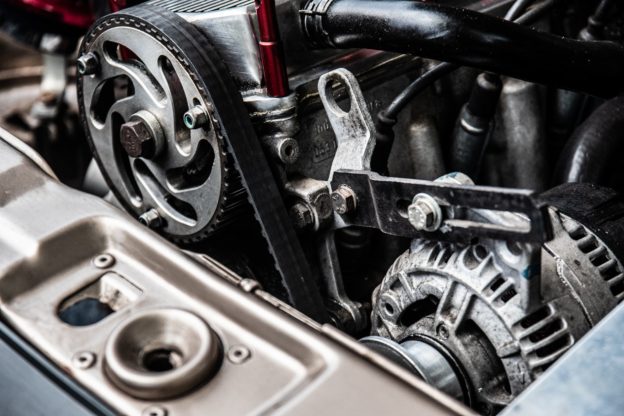 We all enjoy the cool breeze on our faces on those sunny summer days. And the majority of us start feeling overwhelmed as soon as the weather becomes colder. If you’re a car owner, colder weather means that you need to start extra preparations. If you don’t know what is antifreeze coolant used for in cars, you’ll be in huge trouble, my friend.

Antifreeze is absolutely necessary for people who live in colder climates. Unless you want the cooling system of your engine to freeze, then you should start paying attention to the antifreeze level in your vehicle. Let’s dig deeper and figure out together what is coolant used for in cars.

Antifreeze is a liquid that stops the water from freezing. We use it in our cars to make sure the water in the cooling system of the vehicle doesn’t freeze. If we let that happen, the engine will overheat because there will be nothing in the car to lower the temperature.

Since we don’t want to ruin the engine in our cars, we prefer to pay the extra money and purchase the antifreeze whenever needed. Otherwise, we’ll have to deal with serious consequences.

People sometimes use “coolant” and “antifreeze” interchangeably to indicate the liquid that stops the cooling system from freezing. Even though they both express a similar idea, they aren’t technically the same.

Antifreeze is the concentrated liquid that we need to dilute with water before utilization, while the coolant is the dissolved solution itself. You’ll understand the differences between them better in a sec, but for now, it’s important to remember that they aren’t the same.

Not only is it crucial to understand what is antifreeze used for in cars, but it’s also essential to find the correct one for your specific car. Depending on its age and model, you’ll need a different type of antifreeze.

What types of antifreeze are there on the market?

The modern market offers 3 main types of antifreeze. Back in the day, they were all the same because older vehicles had similar components. Nowadays, the engine, radiator, the cap – they can all be made with various materials. Therefore, the chemicals in the antifreeze will react differently. That’s why it’s so crucial to know the types of antifreeze available on the market.

It’s a type of coolant that is good at protecting the cooling systems. It’s not commonly used anymore, because it does not have the longest lifespan. It should be changed every 24,000 miles, which usually equals two years. Modern manufacturers prefer to use other types of antifreeze due to better longevity.

Moreover, it contains silicate and phosphate corrosion inhibitors to protect metal parts from rust. This means that it’s not suitable for cars with the aluminum engine and cooling system.

It’s a commonly used coolant that will last you way longer. It can usually cover 50,000 miles, which would equal to 5 years approximately. Even though it’s more common, it shouldn’t be used with any vehicle without checking the compatibility. It doesn’t contain silicate and phosphate corrosion inhibitors, so it works well with modern cars.

This coolant has silicate in its formula to protect the aluminum parts in your car, therefore, it’s widely used in cars such as BMW x5, VW Golf and Jetta, Mercedes Benz s550 and glk350, as well as Audi.

You’ll find other types of antifreeze along with these. What kind of coolant you get hugely depends on the specific model you own. You should always check that information with the manufacturer to make sure you’re using the correct one. If not, you might end up ruining your engine.

What is antifreeze coolant used for in cars depending on its color?

The antifreeze can have any color depending on the desire of the manufacturer. It’s a common practice to distinguish between the coolant types with their colors. However, it’s a wrong approach.

The color of the antifreeze doesn’t determine the chemicals that are used in the formula. Manufacturers add some dye to the liquid and there you have it: we have green, yellow, blue, etc. antifreeze on our hands.

The color doesn’t determine the purpose of the antifreeze either. You don’t have to pay attention to the color of the liquid if you want to understand what is antifreeze coolant used for in cars. They all serve the same purpose – they do their best to stop the engine from overheating.

But since there are so many questions about the different colors, let’s clear everything up:

Even though these colors can be used as a guide, they aren’t something you should rely on heavily. If you don’t pay attention to the type of coolant, you might end up pouring the wrong one in the reservoir. Eventually, that will ruin the engine and result in serious expenses.

What is coolant used for in cars that are antique?

Even though antifreeze served the same purpose in antique vehicles, it consisted of different chemicals that worked well with metal parts of the car. Therefore, it’s important to know which antifreeze you should use with antique vehicles and what is coolant used for in cars that are older.

Antique vehicles are compatible with IAT antifreeze only. Since their parts weren’t made from aluminum, OAT and HOAT coolants can, eventually, ruin the engine. They might interfere with lead-based materials that were commonly used in older vehicles. Therefore, it’s always better to go for IAT coolants with these cars to avoid expensive problems.

I believe that it’s crucial to understand your vehicle if you want to know for sure what is antifreeze used for in cars. Knowing the purpose of this liquid isn’t enough to keep your engine safe, from my experience. It’s better to combine that knowledge with all the information you can get about the car you own.

So, what is antifreeze used for in cars after all?

If you’re thinking that antifreeze has one single purpose and there’s no need to figure out what is antifreeze coolant used for in cars, then you’re wrong, fella.

Yes, antifreeze stops the water in the cooling system from freezing, but it also reduces the heating temperature of the engine. This means that it will take a higher temperature for the engine to start overheating. That essentially creates a double barrier that guarantees that your car is safe from damage.

You should always remember what is coolant used for in cars because we can’t really afford to forget its importance. If you dunk whatever you get your hands on in the coolant tank, you’ll put too much pressure on the engine. Unless you want to ruin your car, you do not want to pour water and call it a day.

Take antifreeze seriously and do your research to figure out what type works for your vehicle. Cars such as Subaru Crosstrek, Jeep Liberty, Mazda MPV (or any other car, for that matter) require specific coolants made for their system. Manufacturers will always recommend buying a particular antifreeze for their cars, but some models are more flexible than others.

Now that you know what is antifreeze used for in cars, what types are available, and how important the coolant can be, you can go to your vehicle, check the reservoir, and remember the last time you changed antifreeze.

No matter how long-wearing the antifreeze is, you still have to change it every 2-3 years or so. Otherwise, it will start gathering up rust and junk that you don’t want to have near your engine. Consider the information I provided and you should be able to find a suitable coolant for your car. Good luck!