What Are the Best Used Cars to Buy on the Market? 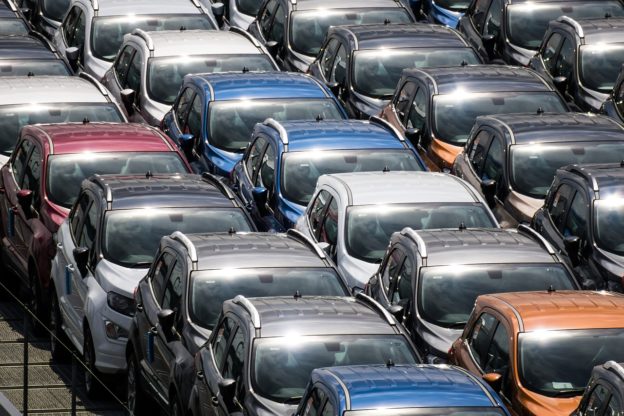 Whenever your beloved car shows the first alarming sign, you start wondering what are the best used cars to buy. We never want to give up on our vehicles, but when they stop working properly, we don’t really have that much choice. We have to put our emotions aside and move on. Sadly, that’s how things work.

What is the best used cars? – this question will have various answers depending on your budget. Though it was impossible to include all of the options, you’ll still understand what you’re working with. Let’s get started and list down some of the best used cars on the market.

Before we start figuring out what are the best used cars, we should compare new and used cars. That way, you’ll understand what are the perks and drawbacks of both options and make sure you are making the right choice.

If you’re willing to buy a new car, you’ll face quite a few advantages. Everything will be in perfect condition since no one has ever driven it before. You’ll enjoy the smell as well if that’s something you’re into. You won’t have to fix anything in the beginning, which is one of the biggest perks of buying a brand-new car.

When it comes to disadvantages, we certainly have to talk about the price and value. Not only are new cars more expensive, but they also depreciate in value as soon as you roll them out of the store. Financially speaking, new cars aren’t usually the best things to invest in. But if you don’t really care about money, then these fellas can be quite good options as well.

The biggest advantage of used cars is, of course, their price. If you do your research and remain patient, you’ll be able to grab an amazing deal. Sometimes you might even come across a used car that has smaller mileage and perfect condition. Such options aren’t as rare as it might seem initially.

However, used cars might not be as reliable as the new ones. It always depends on the seller you choose, because more prestigious dealers usually sell pretty decent vehicles. Nevertheless, we can’t deny the fact that used cars always include a certain level of risk.

If you’re willing to spend around $15,000 on a used car, then you have amazing options, my friend. The majority of these cars aren’t that old, which means you’ll be able to enjoy modern technology and development. If you’re wondering what are good cars to buy used in this price range, then you’ll find some of the best models below.

This is a great option to consider if you’re looking for an attractive SUV. Its technical specs are pretty impressive as well, with the 2.0-liter four-cylinder engine. You get impressive acceleration along with a spacious interior.

If you want a reliable and safe car, then the 2017 Honda Civic is the one you should choose. It combines modern technology, attractive looks, and modern appeal. Be it the capable engine or the fuel efficiency, this fella has it all. It is rated quite well on the majority of respectable websites.

If modern technology is your priority, then you can’t really go wrong with the 2018 Chevrolet Cruze. You’ll get Bluetooth, Wi-Fi hotspot, a touchscreen, Apple CarPlay, and Android Auto. It’s an option that’s hard to beat in this price range, as it’s quite fuel-efficient. The average mpg (miles per gallon) is 29 in the city and 40 on the highway. Sounds amazing, doesn’t it?

2018 Kia Soul isn’t the best thing you can get for the price, yet it still offers decent features. You shouldn’t take it on the adventure and climb a mountain with it. The chances are you’ll have to leave it right there on top of the hill. But if you want a reliable option for drives around the town, Kia Soul will be quite a good fit.

With a high rating and impressive features, the 2017 Toyota Yaris iA is for those who want to drive a modern vehicle. It has all those little details that we appreciate in used cars these days. Be it a rare-view camera or high-quality safety system, this baby will deliver anything you need.

It’s easy to think that your options worsen when your budget decreases. However, that’s not entirely true. Of course, we’ll have older cars here, but that’s something we can sacrifice for reliability. Let’s see what are good used cars to buy under $10,000.

As the youngest option in this list, 2016 Chevrolet Spark sports all the major changes that the brand has made in recent years. It’s equipped with Apple and Android connectivity, Wi-Fi hot spot, and a touch-screen ICE (in-car entertainment). Even though the engine leaves a lot to be desired, it’s still a decent option for city drives.

If you want to invest in a workhorse that won’t let you down no matter what, then the 2014 Hyundai Elantra is the best option for you. You can get in various models, be it a sedan or coupe. I know a lot of people who drive the same car and, trust me, I rarely hear them complain about it. This one won’t let you down.

Don’t let its age fool you – 2011 Nissan Murano could easily beat many of its younger rivals. It offers a 3.5-liter engine with 260 horsepower. Its push-to-start design will give you modern appeal, not to mention heated steering wheel and leather seats. It has an amazing rating, so it’s a wonderful option to consider.

If you want to get your hands on one of the best-rated options, then the 2015 Kia Rio is a perfect match for you. Not only does it have a 138-horsepower four-cylinder engine, but it’s also quite attractive and spacious. It’s another option that you can easily rely on.

The fact that you’re on a budget doesn’t mean that you can’t get a sports car. You can find a 2010 Ford Mustang right below 10,000$. Its features aren’t as impressive compared to more advanced options, but it will certainly give you the experience you were looking for. Honestly, why are you still wondering what is the best used cars to buy?

We have now reached the tightest budget. It’s easy to get discouraged because this price range suffers from the most stereotypes. Even though you’ll have to lower your bar in terms of age, you won’t have to sacrifice quality and reliability. Let’s see what are the best used cars to buy under $5,000.

If you want to get something under 3,000$, but you still want it to be reliable, then the 2008 Suzuki SX4 Wagon is an amazing option. Even though its engine isn’t the most powerful thing in the world, this car isn’t shy about the features. If you find this model in good condition, you shouldn’t let go of it.

If you’re wondering what is the best used cars, you have to take a look at the 2007 Nissan Murano. It has impressive safety scores along with a powerful engine. We have 240-horsepower V6 that accelerates without any trouble. It doesn’t look outdated at all, which is another reason why it’s such a good option.

The powerful four-cylinder engine, distinctive style, all-wheel drive, and plenty of space are just some of the features of the 2007 Subaru Outback. It’s a reliable car that can easily boast off-road elements. It doesn’t leave a lot to be desired, so I’m sure you’ll be quite satisfied with its capabilities.

If German quality is something you trust no matter what, then you shouldn’t miss the 2007 Audi A6. It has a luxury interior and attractive old-school looks. It has a strong engine that will last you through a lifetime.

This is one of the best-rated affordable options. Its four-cylinder engine might not be the most powerful thing in the world, but if you happen to find it with an optional V6, you won’t have any problems in that region either. It’s comfortable, promising, and boasts amazing safety scores.

Now that we’ve finished our discussion, you know what are the best used cars to buy. It’s clear that you have some amazing options regardless of the price range. Though some are more promising than others, it’s still obvious that the used-car market is quite diverse. You’ll find even more choices if you search the net carefully.

Just make sure that you’re buying from a trustworthy source. Good luck to you and your new buddy!