What Are the Best Used Cars for Gas Mileage? Amazing Options for Any Budget 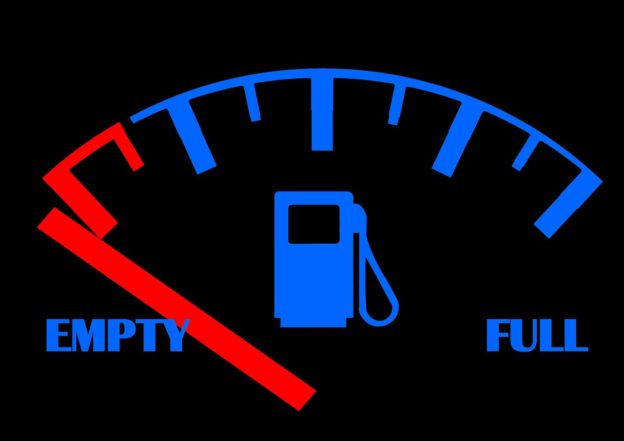 Why would someone ask what used cars get good gas mileage? – because it’s important information to own. With fluctuating petrol prices it’s become essential to own a car that is fuel-efficient. By driving a vehicle with great mpg, we get the chance to save up a lot of money.

If you don’t look at the bigger picture, you might not understand how convenient fuel-efficient cars can be. But once you start adding up gas prices, you’ll grasp what you were missing. Stay with me and you’ll learn what used cars have the best gas mileage.

What makes fuel efficiency so important?

Fuel efficiency is an important factor for many drivers these days, as it means that they will have to spend less money on gas.

It’s a concept which tells us that the car can extract as much energy as possible from petrol. Fuel-efficient vehicles are cheaper in the long run, as they don’t require as much gas as regular cars.

But the economy isn’t the only factor that makes fuel efficiency important. There are other reasons as well:

We all know perfectly well how dangerous CO2 emissions are for the climate. The less fuel your car burns, the less pollution it causes. Therefore, fuel efficiency isn’t only a reasonable choice for you, but it’s also better for the environment.

Many of you will argue that hybrid cars aren’t any better because of their batteries, but if your vehicle is in good condition, it still emits less carbon compared to other models.

Decreases the costs of oil dependency

Fluctuating oil prices have a huge impact on the economies of various countries. If we don’t use it as much, the demand will eventually decrease. That means that our economy won’t suffer substantially if the prices of petrol rise or plummet unexpectedly.

Oil is a non-renewable source of energy. In other words, it will drain out eventually. Fuel efficiency is important for making more time for innovation and research. We can do our best to use petrol wisely to make sure we have enough time to find better energy sources and create friendlier technologies for the environment.

I won’t judge you if you want to know which used cars have the best gas mileage for your own sake. Even if it’s the case, you’ll still contribute to a bigger cause.

Mileage per gallon (a.k.a. mpg) is an index that tells us how fuel-efficient a car is. It shows how many miles a vehicle can drive with one gallon of gas. The higher the mpg, the less fuel your car will require.

Mpg differs in the city and highway, so you should expect different numbers with a single vehicle. But fuel-efficient cars usually have excellent mpg in both scenarios.

The average mpg is 25, but it can go as low as 13 for many cars. Therefore, we’re looking for vehicles that offer more than 25 on a regular basis.

I wanted to clarify what mpg was before we figured out what are the best used cars for gas mileage. Now that you have the necessary knowledge, we can continue our discussion without any confusion.

If your budget is limited to $20,000, you have excellent options. Here, you can get cars that are modern and, more importantly, have high mpg. Let’s see what used cars get good gas mileage in this price range.

If you’re really serious about mpg, then the 2008-2012 Toyota Prius is an excellent option. It can easily drive 44 to 48 miles per single gallon. Not only is this car fuel-efficient, but it’s also quite reliable. If you have a tight budget, you can go for older model years. Either way, Prius is a brilliant choice when it comes to fuel efficiency.

All models of Honda Civic sedans and the majority of its model years can drive up to 36 miles per gallon. This number might vary and reduce to 31 depending on the release date. Regardless, you’ll still get a vehicle that concentrates on the economy. Combine that with attractive looks and impressive handling and you’ll understand all the benefits of this used car.

If you’re thinking about fuel efficiency, an all-electric model is undoubtedly a winner. It’s an affordable option that can drive 149 miles with a single charge. Though older models had shyer specs, they are still inexpensive and efficient.

With 38 mpg, VW Golf TDI is among the top cars in this price range. Not only is it fuel-efficient, but it also offers brilliant handling, premium transmission system, and reliable performance. If you get it used, you’ll certainly get an amazing deal.

Though Hyundai Elantra isn’t the best in terms of fuel efficiency, its mpg is still impressive. Older models could drive 29 miles, while the newer releases can go up to 32. Overall performance won’t let you down here, and the reliability scores don’t leave much to be desired.

If you’re tighter on the budget and you need a vehicle under $10,000, it’s still quite easy to figure out what used cars have the best gas mileage. You’ll find reliable and affordable options below.

Be it the manual transmission or the automatic, 2007-2009 Honda fit can easily drive 32/34 miles per gallon. It’s a reliable subcompact car that has great safety scores and an affordable price tag. It’s a good option for those who want to get a small vehicle for daily errands.

With an mpg of 23 in the city and 30 on the highway, Subaru Legacy Wagon is impressively fuel-efficient. It’s for those who don’t want to settle for a small sedan and require more real-estate space in their cars. I won’t talk about its specs because we all know how reliable and long-lasting this vehicle can be.

2006 Ford Escape Hybrid is rather fuel-efficient for an SUV. It can drive 34 miles per gallon in the city, and we can all agree that it’s an impressive number. It will last you more than 250,000 miles if you take good care of it. Fuel efficient and durable, what else could you ask for?

If you’re looking for a car that won’t break down even if you spend your whole life driving it, then the 2008 Toyota Corolla is an exceptional choice. Its mpg is 28 in the city and 37 on the highway. Plus, it’s a great value for your money.

If you want to get 37 miles per gallon in the city (and 44 on the highway), then the 2006 Volkswagen Beetle is certainly a great option. It’s quite reliable and affordable at the same time.

Which used cars have the best gas mileage under $5,000?

If you’re willing to find out which used cars have the best gas mileage under $5,000, then you have to take a close look at the following list. Here you’ll discover impressive and unexpected options.

Subaru Outback Wagon is probably the most reliable vehicle of all. We’ve already discussed one of its siblings, yet this one doesn’t offer any less operation. It’s fuel-efficient and durable while offering an all-wheel drive.

Older Toyota Camrys fall into this category. Their mpg goes up to 31 on the highway, which isn’t half bad for such an affordable vehicle. According to previous users, it will offer years of an enjoyable experience.

Varying from 28 to 33 mpg, Fiat 500 is a great option for those who are looking for a more modern, compact vehicle. You won’t have any problems with it unless you use it vigorously. With proper care, it can withstand years of utilization.

With a combined mpg of 28, 2008-2011 Ford Focus is a popular car that’s sold everywhere. You won’t have a hard time finding it locally if you choose this specific model. Therefore, you won’t have to research extensively if you need various parts for it.

I’ve already talked about the efficiency of the Honda Civic, so if you want to take advantage of its 29 mpg (combined) even with a tight budget, this is your chance. It’s compact, reliable, and affordable.

What are the best used cars for gas mileage under $5,000? – many of the older vehicles. You’ve probably noticed that this category has a lower mpg overall. That’s because newer cars have to satisfy higher standards of fuel efficiency due to the increased amount of regulations.

After reading this article you know what used cars get the best mpg in various price ranges. Some of them are more reliable than others, but it’s all about your priorities. If fuel economy is your main concern, then you can rid yourself of additional contemplation and go for the one with the highest mpg.

Regardless of your choice, I’m glad that you’re looking for something that’s better for your pocket and climate, as well. Hopefully, you’ll find something that you’ll fall in love with immediately. Good luck!